The 3 Axioms of BFM applied for business 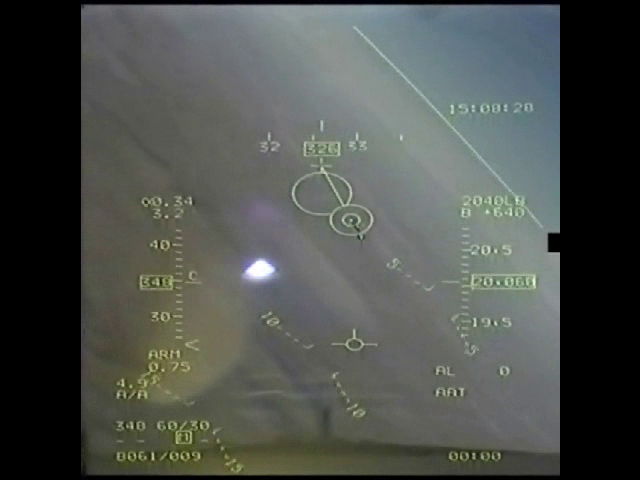 One of the fun but nonetheless serious parts of military fighter aviation is aerial combat. This takes place in different varieties. If we go out to practice fighting 1vs1 we call this Basic Fighter Maneuvering or BFM. For other training scenarios with more aircraft involved and increased difficulty level we call it Air Combat Maneuvering or ACM which normally consists of 2 vs 1 aircraft up to scenarios with 4 vs 2 or even more.

For the purpose of this blog, we will stick to the simplest form – BFM

It is what the young students learn first, when they are introduced to tactical flying after they passed the tactical formation phase. This Blog is not meant to explain how to perform BFM, but you can transfer a lot of valuable lessons from BFM into businesses outside of aviation.

The Sport of the Kings

BFM – I have to be honest with you, BFM is a lot of fun. Flying one last BFM Sortie on Friday afternoon against one of your Squadron Buddies is a great way to end the week. It is man vs man, it is about winning and not wanting to loose. It is like two knights getting at it just for sake of competition and the honor of taking the win – and maybe have another great story for the bar to tell.

Well, obviously it is much more than just that. So why are training this kind of stuff in the modern world of beyond visual range engagements and fire and forget missiles? Do we still need this?

Yes, we do! Because, this is part of the basic skill every fighter pilot has to be proficient on. For once it is good practice to really perform your jet to its designed limits (and hopefully not above – that will cost you – but that is another story). And secondly, it might be your last line of defense when everything else has failed, that you come to merge with the one last opponent that no one was aware of. You need to be able to defend yourself, to kill a bandit in an air-to-air engagement and survive.

In the everyday squadron environment, you will find yourself fighting with your squadron mates against the same aircraft you are flying – that means that no one really has a technical advantage – it is purely up to the pilot – the one who will make fewer mistakes is most likely going to win, often it ends up neutral with slight advantages for the one or the other.

The real fun starts, when you get the chance to fight against different types of fighters. Because now, the situation is completely different. You have to take the opponents aircraft performance into account. It might turn better, have more power, less weight, better visibility and so on. You will still have to figure out a way to win. This is what you will have to demonstrate, when going through Top Gun or other Fighter Weapons School programs all over NATO. But this is part of another story in a different Blog.

(Ok, let’s face it – going 1v1 with a Tornado against most modern fighters like a F-22 is always going to be really painful – it was not designed to be an air-to-air machine, but anyway…)

What does BFM have to do with business?

Well, you would be surprised. For this Blog we will keep to the absolute basics. It is the first thing student pilots need to learn when preparing for their first BFM Mission.

The 3 Axioms of BFM

These are your basic BFM guidelines to winning and surviving. Just like in business. And as everything in fighter aviation, it is kept at a very simple level, they are really straight forward.

This is something the young student pilots learn at first hand, when they enter the defensive BFM part of the syllabus. They need to fight starting at a position of disadvantage, with the bandit behind them. They need to max perform their aircraft and constantly look behind them, to see what the bandit is doing. This with the combination of pulling more than 6G’s can be quiet challenging. Many lose sight of the opponent during the fight. The peacetime training rules then dictate to tell the opponent, that you are not visual anymore and to stay in a predictable turn (i.e. don’t do anything stupid).

The problem now is, you cannot fight something that you can see. You always will be at a disadvantage because of this simple fact. Transferring this into business is simple – you need to observe what your competitors is are doing at all times. You cannot get too comfortable when things are going well. You always need to observe, what is going on around you. Is there something new out there, that can challenge your business? If you don’t know about this, you cannot react to it. The surprise of finding out too late can be the end of the road . Ask Nokia and Motorola, if they had the iphone on their plate in 2007 – looks like they didn’t…

Another pitfall on losing sight is, you are not going to be able to apply the second axiom of BFM –

Fighting BFM is not really something that you can 100% plan in advance – you will go into the engagement with a certain gameplan, but this will probably be outdated at the moment of the first turn. From this point on, it is a combination of analyzing and constant decision making. These decisions are however not canned decisions already made on the ground. BFM is very dynamic and fluent, things are constantly changing. You have to keep awareness of your aircraft state, performance and position in 3 dimensions. Additionally, you have to closely monitor the bandit, trying to analyze his maneuvering state.

Also, you should never maneuver in relation to what you see right now, you should always maneuver to the predicted point, where you can move into a control zone position to keep constant pressure on your opponent.

This process is repeated constantly during the entire engagement.

For business, this can be transferred as not only keeping sight for your competitors, but also analyze their next steps and developments, while optimizing your own performance. You cannot purely focus on just one thing, it is everything – that is what makes BFM so challenging.

This last axiom is the most important one to get down for every Fighter Pilot. With most fighter aircraft, the performance is based on thrust, weight, drag and aerodynamic performance capabilities. That also means, with the exception of few Fighters, you can never have enough power. Turning an aircraft, needs more power, than for straight and level flight. In BFM you need to do a lot of hard turning, so you need lots of power. Modern aircraft like the Eurofighter, the F-22, the Rafale, or even slightly older ones as the F-16 or F-15 can sustain a 9 G turn without losing airspeed or altitude. In my flying career I never had the luxury flying an aircraft that was “overpowered”.  So, you had to learn one thing really quickly – to manage your aircrafts energy level. This is a not necessarily how much power you get out of the engine, but the combination of altitude and airspeed available at a certain point in space. If you are high and fast, this would mean your energy level is high, low and slow would be the opposite. Once you lose too much energy, it is hard to get it back, unless you fly straight for a while – but this would make you a sitting duck, not a good idea.

In order to avoid this, you have to fly the aircraft in it’s “sweet spot”, the best combination of sustained turn with G’s and airspeed. This varies a lot with different fighters. For example:

An AT-38 (not really overpowered – so you would most likely be fighting a descending fight) was flown best at 380Knots with about 6 G’s and 10 Deg nose low. When the jet was upgraded with bigger engines (sounds great, more power), it also got a bit heavier and new intakes produced more drag, so we found out we had to fly faster in the dogfight now. But we are getting off topic a bit – I don’t want to make it too complicated.

The point of all this is – you cannot just pull the nose onto the other jet and shoot. It is not like in the video games, where you pull all the way back on the stick and hope to get the nose on the target. It doesn’t work that way. If you do that you will bleed all energy (= Resources) before you are able to get into a good position. Therefor you have to stay patient and wait for the point where you actually can start “cashing in”.

This normally happens when you reach a position of advantage, where you can put constant pressure on your opponent without the risk of getting defensive (“I hit the brakes and he’ll fly right by” kind a thing). Once you reach this position you can start trading energy for nose position = pull the nose on to employ your weapon (sportsmanlike, we most of the time practice Gun employment like in the good old days) – this means pulling harder than before which will in turn cost energy – but that is fine, since now we are using our resources to get the win.

For your Business that means – don’t waste your resources too early. Manage them well to up to the point, where you can fully commit to reach your goal. This is going to cost valuable energy and resources. Be sure to accomplish what you wanted, before you can work on getting energy back. Otherwise you are going to run out of altitude and airspeed and eventually ideas – that would be bad.

To put this into perspective you should always have an eye on your competitors out there, stay focused on your track to reach your set target and manage your resource well, so that you have enough in stock when you are going for the WIN!

“There are no points for second place” 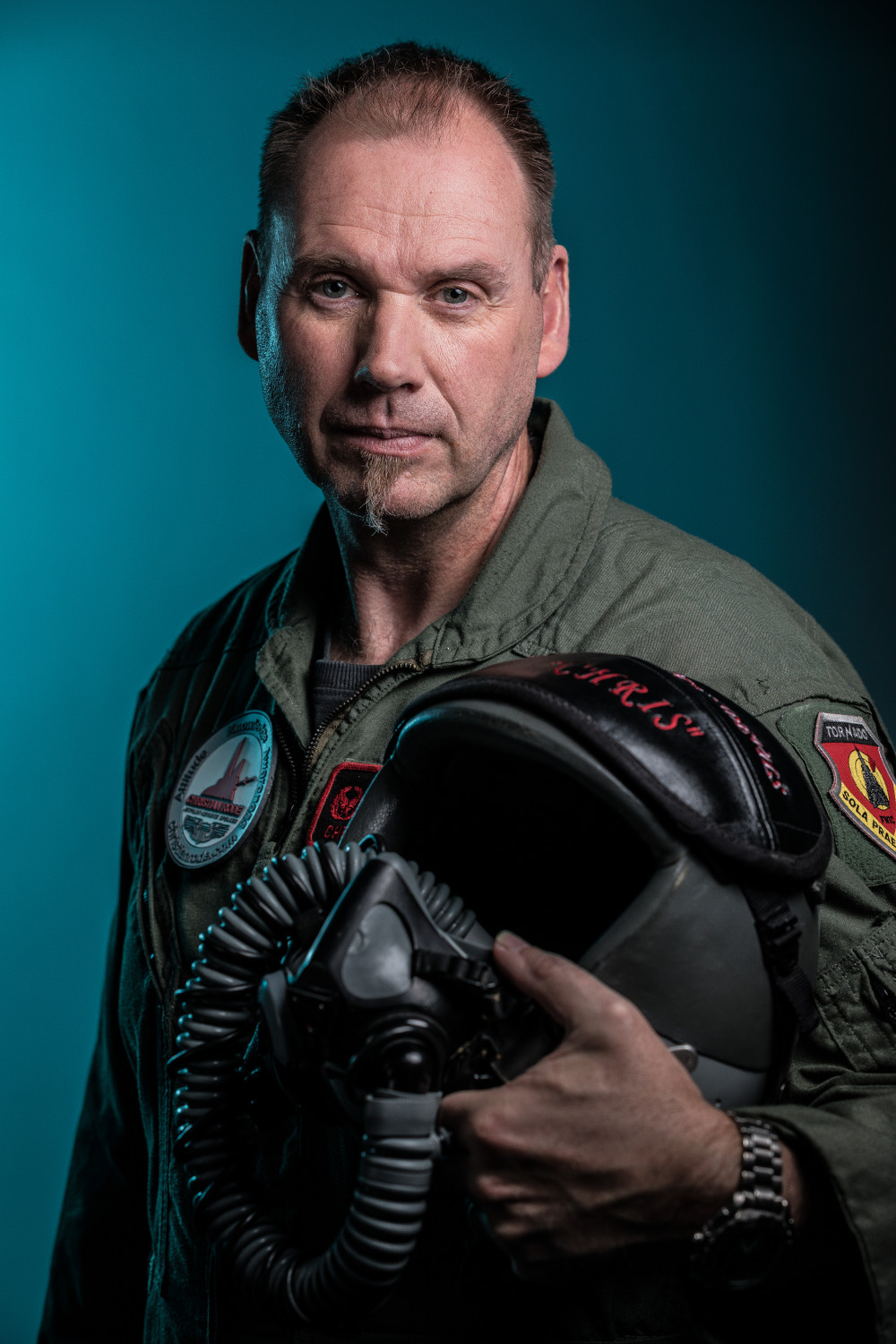